I have found, in my experience, that it is a good practice to separate the device setup and operational provisioning into separate categories. The requirements are somewhat different when it comes to access control and security, persistence, ease of use, user interface, APIs, etc. In practice I typically use the term ‘Configuration’ to include any setup that is performed during the Day 1 setup of a device or anything that is done infrequently throughout its lifecycle, whereas, ‘Provisioning’ is a term I generally reserve for the types of activities that are performed frequently, typically by non-administrative users. I’ll start by defining both of these in more detail.

The configuration function starts just after the device is initially booted and includes all of the aspects of device setup to enable the device to be integrated into the network and operations of the customer environment. This can include:

Once the initial configuration is complete, the device should be up and running, integrated into the network and the operations environment and be ready to be provisioned for the NPB and TAP specific services.

Configuration steps can occur again for the same device in the future anytime that it may be required, such as:

Provisioning is performed after the installer/administrator has finished the initial configuration of the device. The provisioning activities include anything that is used to enable the functional services of the device and to modify and update these over time. In NPBs and Taps this includes:

Provisioning can be performed by the same user that performs the configuration or can be delegated to a user with lower privilege levels which may only enable access to a subset of ports, filters and route services. This partitioning between Configuration and Provisioning roles is useful in preventing network disruption due to inadvertent changes to basic network connectivity and flows when the user only wants to modify monitoring or filters on tapped flows. I’ll discuss more on best practices in the data security section below.

Initial configuration occurs during box commissioning/setup, and likely occurs before the management network interfaces are in place, and before other user accounts are set up. In most cases the initial configuration is performed over a simple command line interface (CLI) and is access over a text based interface protocol:

Historically there were other CLI interfaces, however, those are rarely, if ever seen in modern devices. These are typically not secure in that they transfer the user identity/credentials and the configuration and command data in clear text. This is generally not an issue for serial port communication shown above since they are point to point local connections and not visible on a network. Some of the obsolete command line network protocols include:

Most, but not all, modern devices also have a Graphical User Interface (GUI). The graphical interface can be available on the initial startup or may require some configuration via CLI before it can be accessed. Generally a graphical user interface is easier to use, better structured, and provides more information to the operator at a glance. Graphical interfaces are highly preferred when users do not have the need to learn a new command line interface or when a device is rarely accessed such that a user would not know/remember command line syntax. A GUI is also helpful to configure complex/related parameters (such as port type/speed and routes within a device). A good example of devices that rely almost entirely on GUIs are home cable modem or wifi routers – they almost never have a CLI interface.

By far the most common graphical user interface protocol provided by a web server to a web browser running in the user’s desktop, table or mobile phone. There are several techniques used to render the graphical interface via web servers including:

Just as with CLI, there is a long history of other graphical user interfaces. Most of these have become obsolete due to security, complexity or support issues. The ubiquity of web browsers enabled a shift away from these client specific options:

Application Programing Interfaces (APIs) are used when either a remote application or management system needs to communicate with the unit or when a downloaded client (such as JWS, a dedicated application, etc.) provided by the box vendor needs to communicate back to the box being managed. In TAPs and NPBs, APIs see common use in the areas of fault management and security, which we discuss in those chapters, but there is some use in the configuration area including:

Provisioning user interfaces are generally the same as those used for configuration but once the activity switches from one time configuration to frequent provisioning we see a shift to greater emphasis on use of the GUIs and APIs.

Most provisioning will be performed via GUI interfaces using the HTML browser based technology.

In larger networks or larger devices where more sophisticated or more frequent provisioning is required or where some provisioning automation may be used (such as triggered failover or dynamically configured IPFIX), there is still a need for an API. In provisioning there are a few APIs that are used in addition to those shown in the configuration section above.

As with the other interfaces, there are a number of obsolete provisioning interfaces that are worth mentioning for historical purposes:

Key requirements for NPBs and TAPs in the data management area include: 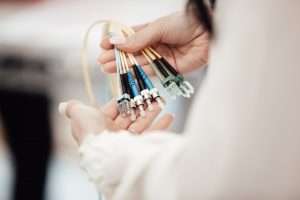 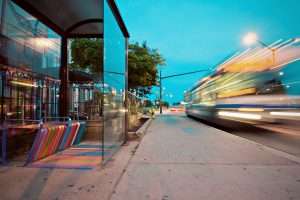 IPFIX Use Case for Network Monitoring

IPFIX Use Case for Network Monitoring

Software Management for Taps and NPBs